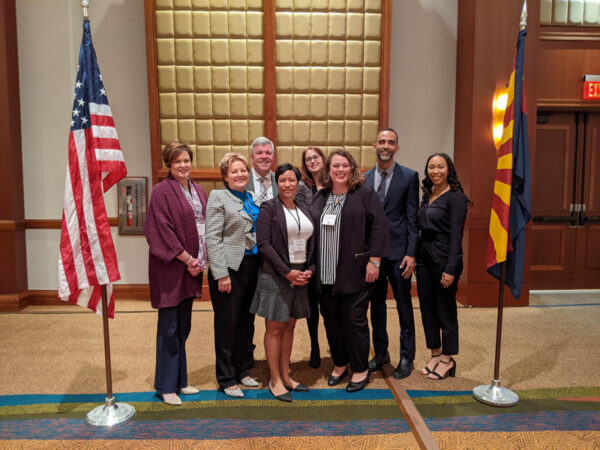 Today, the Center for Justice and Human Dignity, the Correctional Leaders Association (CLA) and Recidiviz announced their new partnership to improve prison conditions in a manner that prioritizes the dignity, health, safety, and wellbeing of those working or incarcerated inside. This project is inspired by Tom Clements, the former head of Colorado’s Department of Corrections (DOC), who sought to systematically change corrections in his home state and across the nation.

“We’re proud to partner with the Correctional Leaders Association and Recidiviz to shift prisons so that they better support the full humanity and growth of everyone inside – from staff to incarcerated people,” shared Rachel Van Etten, Center for Justice and Human Dignity Executive Director. “This change requires substantial, sustainable investment in conditions of confinement, social and mental health support within facilities, meaningful educational and job training programming, and a reinvigorated, widespread culture of respect and dignity between correctional staff and incarcerated people.”

This project “represents Tom and his legacy. During his trip to Norway, he got to see men and women in physical spaces who were actually experiencing renewal, treatment, and correction… and what would happen if we treated people in a different way. It ignited what he had already wanted to promote within his own institutions and within probation and parole,” said Dr. Lisa Clements, wife of the former Colorado DOC director.

The organizations will recruit a network of correctional leaders interested in learning from people-centered prison models and applying those lessons to the facilities they direct. As part of the program, these leaders will join immersive site visits to international prisons that operationalize more holistic approaches to rehabilitation. The site visits will also include facilitated sessions about the effects of long-term confinement on corrections staff and incarcerated people. Upon their return, the leaders will develop and implement plans that adapt their learnings for their unique facilities.

“The exciting part of this process is sending correctional leaders and members of their team to go see humane prison operations. The second part is getting technical support to begin to implement something…and there’s accountability for what’s implemented so that they’re actually doing what they’ve seen. And that’s where we’re going to get the lasting legacy in states and it’s because of what Tom envisioned. We’re appreciative of the organizations that want to fund this, make it happen, and help us implement what is really going to give us value for his legacy” said CLA President and Missouri DOC Director Anne Precythe.

Recidiviz, a non-profit that partners directly with state criminal justice leaders to get a real-time picture of their system, will provide the technology tools to evaluate the impact of the improvements inspired by the program. The non-profit will work with correctional leaders during and after site visits, providing technical expertise to inform their reform plans and then deploying data tools to drive implementation, measurement and impact.

“We understand that reform is best sustained when the data to support it is at the fingertips of leaders and staff,” said Recidiviz Executive Director Clementine Jacoby. “Recidiviz is excited to help Clements Project leaders quantify their goals and manage toward them in real time.”

For more information or to discuss partnership on the Clements Project, please email Chloe Aquart at [email protected].

Center for Justice and Human Dignity is a non-profit focused on reducing prison incarceration in the United States while improving conditions for those imprisoned and working inside. Alongside diverse partners, the organization works with judges on alternative sentencing, with correctional leaders and incarcerated people on the conditions of confinement, and with policymakers on early release strategies.

Correctional Leaders Association is the most exclusive correctional association in the world. Its members lead over 400,000 correctional professionals and manage more than eight million people in prisons and under supervision on probation and parole.

Recidiviz is a non-profit that partners directly with state criminal justice leaders to get a real-time picture of their system, diagnose issues, and drive meaningful changes. Its products serve criminal justice decision makers—from leadership to line staff—giving them the information they need to steer the system towards better outcomes, including lower recidivism, higher reentry success, and more effective programming, treatment, and legislation.